Windows 8.1 Is Next Up to Be Retired 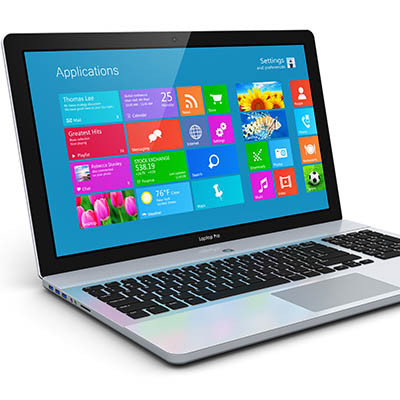 With the news that Windows 11 will be released sometime this year, many users are looking to implement new hardware that supports it. However, we want you users of Windows 8.1 to know that we have not forgotten about you; with Windows 8.1’s end-of-life event in 2023 creeping up, we thought we’d focus a bit on how your company can start taking steps to move away from this operating system before it’s too late.

Windows 8.1 Was a Big Jump from Windows 8

When Windows 8 was released in 2012, it was created with the intention of being “metro,” with a specific intention of being used across desktops, laptops, and mobile devices. Unfortunately, this created a bit of backlash due to a confusing user interface that had many users who were still stuck on Windows 7 yearning for a return to old times. Microsoft eventually relented and released an update to Windows 8, titled Windows 8.1, in 2013; this update brought back many features that users expected from Windows operating systems, including the Start menu.

This update effectively replaced Windows 8 and put the nail in the coffin of its predecessor, as Microsoft prematurely cut the cord on its OS in 2016. Windows 8.1 on the other hand continues to be supported by Microsoft… for now. Windows 10 released two years after the 8.1 update, so most people took advantage of the free upgrade, leaving only a small portion of the user base left with Windows 8.1--a paltry 3.5 percent. Compared to the massive campaigns utilized to get people to upgrade away from Windows 7, there has been little-to-no urgency to upgrade away from 8.1. But for those who do need to upgrade away, this end-of-life event is remarkably important.

What You Need to Know

If you are a current user of Windows 8.1, you should at least upgrade to Windows 10 as soon as possible. If you think you can wait it out, however, Windows 11 should be available sometime over the next few months or early next year. It depends on whether or not you think your hardware is up to snuff; either way, you will need to prepare for the upgrade away from Windows 8.1 sooner rather than later, as failing to do so could result in unnecessary security risks.

Why Is It Important to Only Use Supported Software?

With each new version of the Windows operating systems comes additional security features, and these features are designed to tackle challenges that are associated with modern threats. If you don’t regularly update your software, you are bound to eventually fall behind, and if you’re not careful, you could wind up putting your business at risk. Therefore, you should make it a priority to upgrade away from Windows 8.1 as soon as you can, as if you wait until the end-of-life event, your software will no longer be supported or updated by the software developer.

If you need assistance with upgrading your software or hardware to accommodate new technologies for your business, KB Technologies Managed IT can help. With our trusted and dedicated IT resources at your disposal, you’ll be one step ahead of the game. To learn more, reach out to us at (954) 834-2800.

Facebook Twitter LinkedIn
Tags:
Upgrade Windows 10 Windows 8.1
Here Are Some Types of Software Your Business Coul...
75% of Businesses Waste Just As Much Time on False...

More posts from author
Friday, September 17 2021 3 Easy Ways to Prepare for a Lost or Stolen Device
Wednesday, September 15 2021 Here Are Some Types of Software Your Business Could Find Useful
Friday, September 10 2021 75% of Businesses Waste Just As Much Time on False Positive Security Threats, Study Finds