The Right and Wrong of the Hollywood Hack 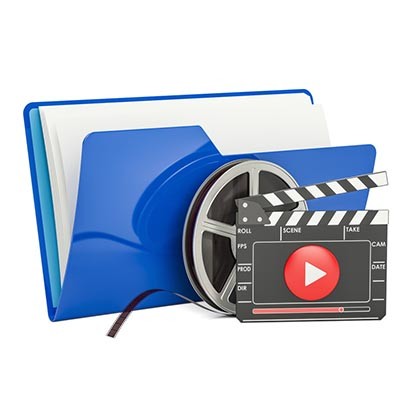 Movies and television shows are a big part of our culture. When hackers are portrayed on the silver (or small) screen, there are some major dramatic elements added to their performances to keep the audience from dismissing key pieces of plot. Today, we will look at hacker portrayals, and what Hollywood gets right, and what it gets completely wrong.

Hackers in Hollywood
Ever since the mid-1990s, when the Internet started to grow fast, screenwriters have been authoring stories about computer hackers. After all, they provide one of the essential characteristics of any story, conflict. In movies and television, hackers are almost exclusively portrayed by young, anti-social people; and, are typically seeking revenge for some perceived slight brought on them or their family by some type of corporate entity.

If they don’t fit that paradigm, then they are typically dystopian science fiction movies/shows where they are hacking to save humanity from nefarious machines, subversive human groups, or aliens. This, of course, is in contrast to the way that we look at hackers; and, while there are a fair amount of “white hat” hackers that work for the “good guys” to expose vulnerabilities for organizations to help keep them safe, most hackers are simply trying to get over on the people and organizations they target.

Differences Between Reality and Perception
One of the major differences in perception is in what a hacker does. In the media, the hacker is portrayed as sitting at a high-powered laptop that they keep in their jacket, typing 80 words per minute without a mistake, cracking system encryption like he/she was sending an email.

This is your average hacker screen from a movie or tv show:

Of course, this is completely ridiculous. In reality, a video of a hacker sending an email would be more apt. A real hacker’s screen is one with function. There are command prompts and open windows with real applications that help them diagnose possible vulnerabilities. Today’s hackers' screens most likely look a lot like your screen, with browsers open, a word processing app to create content, and maybe a graphics problem for the hacker with ingenuity.

The act of actually hacking into an organization's network requires more research than typing-pool skills. In fact, for today’s hacker, the computer and applications they use is as much of the story as is the timing. It’s simply not cinematically pleasing to sit around and watch people type, so they come up with all types of ludicrous graphics to represent the network's security they are trying to work around.

People need to know how to protect themselves against hackers, and KB Technologies' IT experts can help. Call us today at (954) 834-2800 to start learning how to protect yourself against today’s most powerful hacks.

Facebook Twitter LinkedIn
Tags:
Hacker Entertainment Security
Are You Backing Up All the Data You Need?
Tip of the Week: How to Hide Yourself from Skype

More posts from author
Friday, April 03 2020 Setting Up a Strong Wireless Network
Wednesday, April 01 2020 Tip of the Week: Optimizing Remote Productivity
Monday, March 30 2020 Redundancy is Everything in a Disaster

Setting Up a Strong Wireless Network
On the average business’ network, you can find many of its most important assets. As a result, any addition to that network will need to come with some solid deliberation. If you’ve been ruminating about the security or viability of your business’ wireless network, we can pr...
Read More