Are Professional Habits Changing During the New Normal? 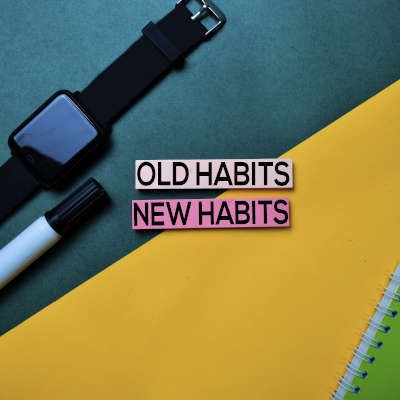 Remote collaboration has now become a necessity for the workforce to continue their productivity, so many businesses have adopted the modern pinnacle: video conferencing. With this widespread adoption, widespread eccentricities have also arisen. Let’s take a deep dive into one of the most noticed eccentricities that have come about: waving goodbye at the end of a video conference.

Seriously, Have You Noticed How Many People Resort to Waving?

Think back to the last remote meeting you participated in. You and the other members of the meeting log in, the requisite business is completed, and as everyone signs off… goodbye waves are exchanged?

But why? Why do we suddenly feel obligated to wave goodbye to people that we’re meeting with, just because the format of the meeting has changed?

According to some experts of behavioral studies, it is this change that is to blame. These waves—and other odd new habits—are nothing but our subconscious attempts to maintain some normalcy as we communicate remotely.

Why These Habits Have Normalized

Therapists have postulated that, as our typical communications were so suddenly altered by necessity, we have adapted to the relative limitations of remote collaboration and communally developed a new etiquette.

Despite their considerable utility (particularly as of late) remote conferencing and other similar solutions have a few downsides that must be considered, largely due to physical limitations. Let’s look at the basic science behind these tools. Your camera and microphone take in information, convert it into a format that can be sent digitally, send it to the person you are conversing with, and once it arrives, translate it back into a format that your collaborator can comprehend, seeing what you said and did.

While this all can be completed at a remarkably fast speed, it is far from instant, and still takes relatively much longer than it would if you and your collaborator were speaking face-to-face. Take things like slow internet speeds and other delays, and some delay is effectively unavoidable. The result: awkward pauses, sudden interruptions, and the other issues that so many remote conferences and meetings suffer from.

In response, we’ve learned how to incorporate nonverbal communications into our mid-meeting body language, almost subconsciously. Rather than just pressing a button to disconnect from a meeting if the need arises, we take the moment to excuse ourselves from the group and announce our departure via a quick wave to everyone else.

It is also likely that you and your team are feeling isolated, as interaction is likely at a horribly low point. This, it is hypothesized, has led to overcompensation. This overcompensation could include nodding along as people speak, raising a hand to signify that you have something to contribute, as well as the farewell waves that so many have adopted as they sign off.

How to Communicate Better with Nonverbal Cues

Such signals can help to push your conversations forward as you are working remotely. By adding another layer of meaning to what is said, your conversations can move along and be more informative. You’ve likely seen many of these cues in your own experience:

Gesturing or otherwise using your body language to emphasize points and draw attention to certain details.

Matching the language used with the emotion that your body language conveys.

Alternatively, intentionally mismatching your language to your body language to draw attention.

Returning to and building upon your message over and over to help reinforce it.

Expressing your opinion physically, rather than verbally, to make your message overwhelmingly clear. Looking pleased when you’re pleased, and vice versa.

Of course, there are other nonverbal cues that deserve some honorable mention:

How have you been communicating with your team? Have you noticed any of these trends? Share your experience in the comments!

Facebook Twitter LinkedIn
Tags:
Conferencing Meetings Remote Work
Tip of the Week: Adding Google Drive Files to Your...
Features to Seek Out in a Business Router

More posts from author
Friday, August 14 2020 Will Remote Work Policies Continue Once the Pandemic Ends?
Wednesday, August 12 2020 Tip of the Week: How to Plan for Your Business’ IT Hardware Needs
Monday, August 10 2020 What’s it Going to Take? Cybersecurity

Will Remote Work Policies Continue Once the Pandemic Ends?
While remote work has been possible and somewhat popular for some time now, the ongoing COVID-19 pandemic has made it indispensable for many businesses to survive. Nevertheless, as it has spread, it has become apparent that remote work isn’t likely to go away as our immediat...
Read More